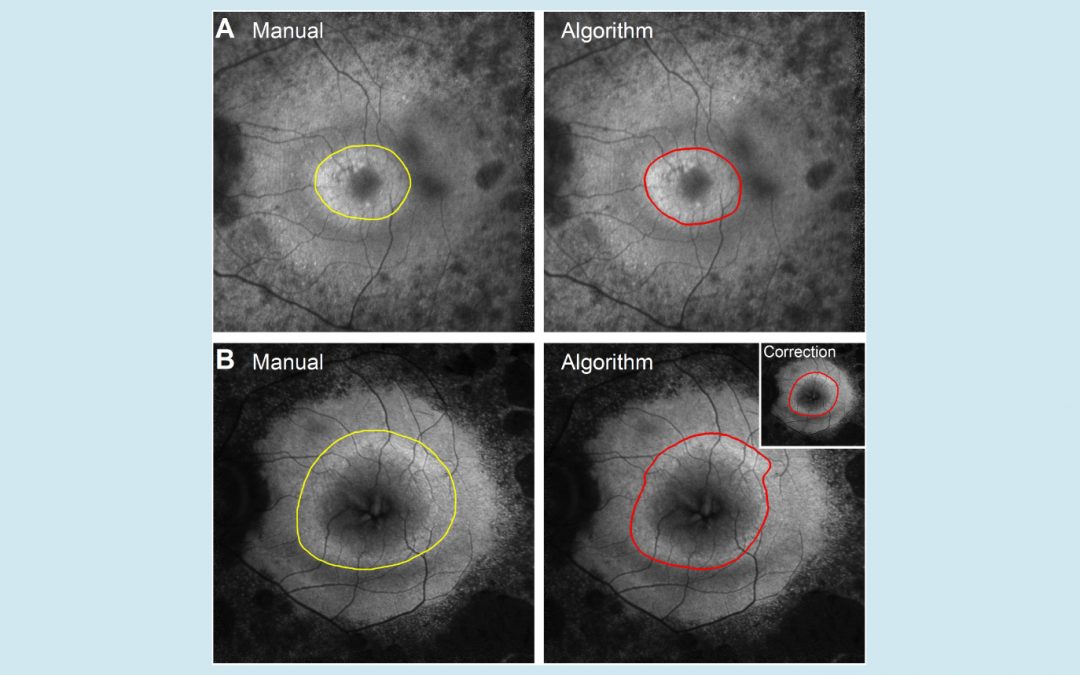 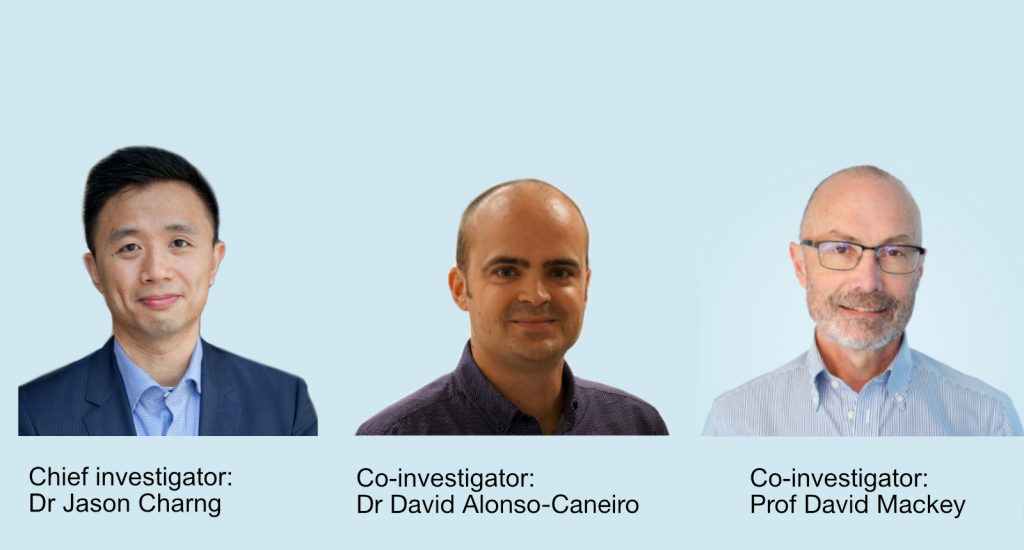 Eyes with retinitis pigmentosa (RP) show a characteristic hyperautofluorescent ring (HAR) with fundus autofluorescence (FAF) imaging; we aim to develop a machine-learning based algorithm that marks and quantifies the HAR.

2255 FAF images from RP eyes were extracted and the HAR was manually segmented for each image. The delineated images were then utilised to develop and validate the machine learning algorithm.

In most cases, HAR marking by the algorithm was similar to human delineation (Fig 1A). However, human segmentation was more accurate in minor instances of low image quality and/or indistinct boundary (Fig 1B). Hence a manual correction functionality has been introduced into the program (Fig 1B, inset).
The machine learning algorithm was able to segment HAR in RP eyes, comparable to human marking. Manual correction was required in a minority of images.

With the generous support from Perth Eye Foundation, the developed algorithm can be immediately deployed into the clinic for accurate and quick analysis of HAR in RP. More importantly, given the potential of HAR as a trial endpoint in RP gene therapy, the program will facilitate efficient analysis of FAF images.

Summary of outcomes
Retinitis pigmentosa (RP) causes irreversible blindness and there is no treatment to date. With the generous support from Perth Eye Foundation, an artificial-intelligence system was developed, to accurately assess the structure of eyes with RP, which will aid clinical decision-making and data analysis in clinical trials.